More successful algorithmic advertisement placement. Perhaps this is part of the future of education too? #mscedc pic.twitter.com/yQRNw3jeoU

@rennhann @j_k_knox We could end up with only a single platform to engage with our course to satisfy the LA! How would #mscedc cope?!

Even Google cannot rely on its own algorithms exclusively. The hidden human group adjusting results #mscedc

@dabjacksonyang @Eli_App_D >35%! Too easy for students who need help or sanctions to slip under such a blanket figure. #mscedc

Algorithms are awesome. From procedural generated computer games, to making recommendations on what music I might like, I’m very much a fan of what they do having been exposed to them from a young age. I checked out Reddit which is an interesting algortihm to consider here because the algorithm works in tandem with human input to identify content which is “relevant”. In theory Reddit should provide the level of agency that Gillespie doesn’t think we can achieve. In reality, it usually just ends up with a very american view of the world.

I also wondered why, given the importance of search engines, Google can escape the same levels of ire that media moguls receive. Not that I suggest the Murdoch empire is unfairly criticised. On reflection, perhaps Google has watched and learned the issues faced by print and broadcast media.

I spend a fair bit of my time at work dealing with issues around Turnitin, so I was surprised to see it mentioned so prominently as an algorithm used extensively in Higher Education in one of the core readings. This now vies for my attention on my essay portion of this course’s assessment.

I’ve created my artefact for this week. I tried very hard to “break” the algorithm on Steam, but I think without actually buying and playing a game that I would never normally countenance, there is not much chance of that happening. I found the process of re-running the “queue” to be quite enjoyable. There’s a message of over-consumption in there too which I haven’t addressed in my video.

I also found time to begin the process of tidying up my blog, I’m sticking with this theme now, as it seems to do everything asked of it by IFTTT. I also looked at my earliest posts and started to add the meta information required.

This is my artefact for the Algorithmic experiment.

“It is notable that algorithms, assumed to provide objectivity and exactitude, are frequently used in areas of high risk and security, and this is precisely where the most prominent example can be found in education: the use of the Turnitin plagiarism detection service at the point of assessment. ”

This is at odds with my own experience of using Turnitin. It is not a “plagiarism detection service”. It is at best able to suggest where plagiarism may have occurred, through its similarity indexing algorithm, but the ultimate call as to whether or not plagiarism has occurred is (still) made by humans. The similarity score of Turnitin is used as part of the evidence gathered in suspected academic misconduct cases. I have never heard of a student being penalised automatically. Perhaps it happens elsewhere.

Moreover, there should be push to flip the  focus of Turnitin’s reporting to  enable students to improve their scholarship.

A very interesting exchange with James via Twitter off the back of my comment regarding Turnitin as a “plagiarism detection tool”. I argue that it’s not such a thing, but there are those who take the opposing view point. I could see this discussion taking shape in to a larger piece of work.

In my professional experience, Turnitin detects similarity. Plagiarism is then determined by humans. The software is no arbiter #mscedc

Fox attempts to knock back the argument that the Murdochs, or more correctly the Murdoch Family Trust, will have under their control several of the leading news providers in the UK after the deal. It notes the separation between broadcast and print businesses, while pointing out that both companies have their own boards and independent shareholders.

The UK is currently looking at the division of labor in news production and circulation being even tighter. This apparently concerns a lot of people, including the UK Government.

Gillespie says that the production of information can only be handled by proxies in the division of labour. To do so otherwise would be too mammoth a task given the size of our country

“some produce and select information, and the rest of us, at least in that moment, can only take it for what it’s worth”.  (Gillespie, 2012 p 25)

And yet, when considering the fundamental importance of a single search engine’s algorithm in putting news and content in front of the information consumer, Google’s market share is not prominent in the headlines, despite it account for 88% of UK search engine activity in January 2017 according to Statista.com

This comes down to a number of reasons, but one which I’d be interested in exploring is that the technology is not understood by law makers. Unlike traditional media who have actively sought to lobby and influence and gain power in the UK political arena, tech companies give the appearance at least, of enjoying staying out of the limelight and just getting on with what they do. I suspect the latter part of that is naive, I’m sure they do plenty lobbying too, but I don’t see a google doodle appearing any time soon stating “It was google what won it” in reference to a general election result. Is it OK to record eye tracking in VR? Advertisers will love this but what about social community spaces? https://t.co/oRunaOzHDu #mscedc

@HerrSchwindenh_ @nigelchpainting @j_k_knox I have found a lot of new music through LastFM, Google Play etc. Different genres even #mscedc 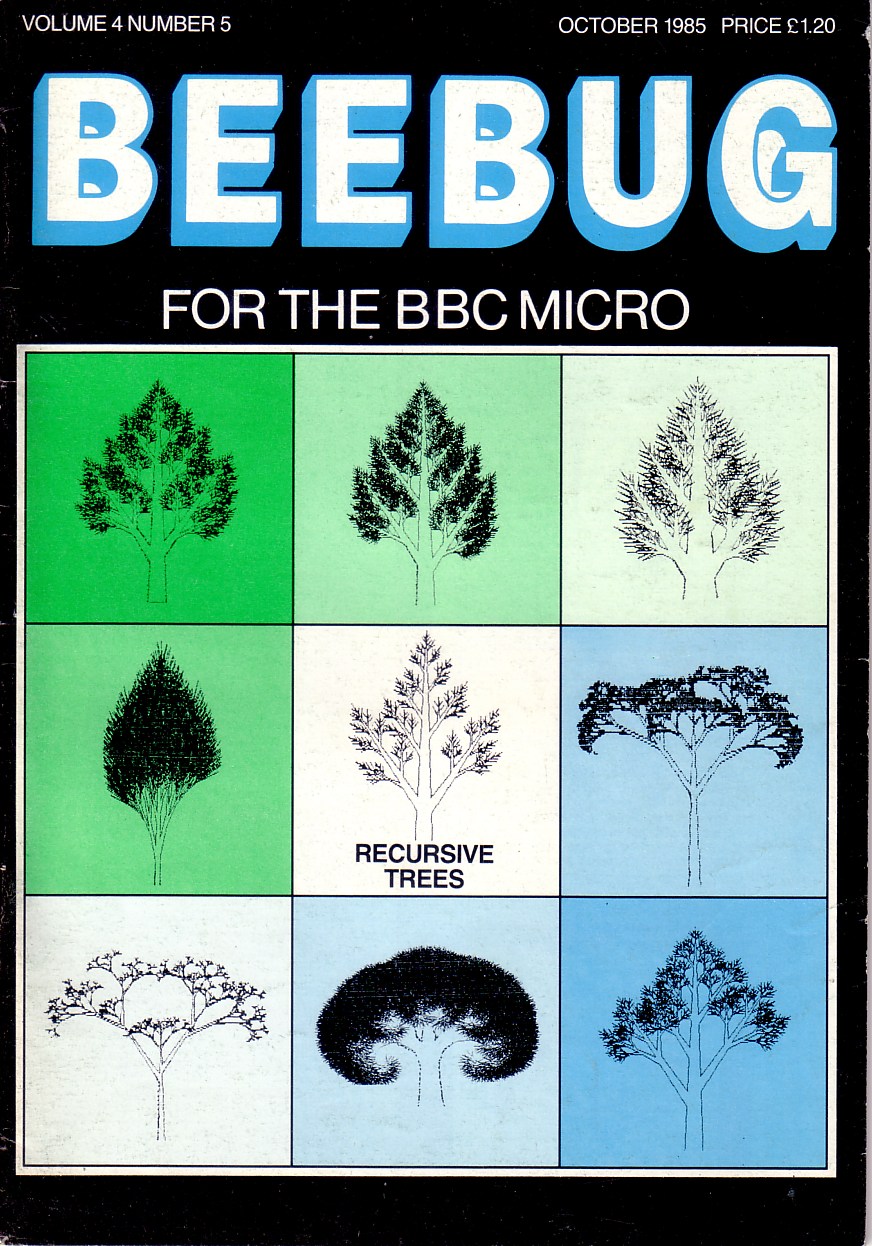 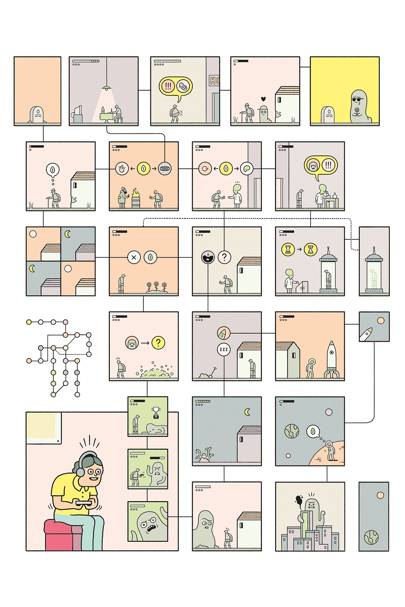 "This House believes that robots will soon be a positive and defining feature of our daily lives" #HeriotwattMLD watch online #mscedc?

@j_k_knox @dabjacksonyang "Search Engine Optimisation" was a field I was once involved in. Writing for the web requires training #mscedc

Netflix algorithms:my wife prefers watching my profile suggestions than her profile #mscedc Until pawpatrol then you're in a whole new world

Given that we’ve moved on to algorithms and culture, I thought to check out some stuff from Reddit. Reddit is driven by an algorithm, though it also has elements of human interaction to drive content up or down a hierarchy. It’s from a day-gone-by pre web2.0, but the site holds in there with huge communities built up around the “sub-reddits” there. I found an interesting discussion opening up over on /r/vive, a section of Reddit which is dedicated to primarily HTC Vive, but also VR in general.

The user suggests that after a form of eye surgery, eye tracking software ( which is increasingly likely to be bundled along with VR. I can hear Facebook salivating at the thought of tracking eyeballs and adverts…..).

I “upvoted” the discussion, as I feel it’s an interesting and well considered original post. However, the algorithm behind Reddit, combined with other user’s interactions with the story, will determine how long the post remains visible to other users, and its position on the page.

https://t.co/pX4rfN7ERP A VR MMORPG. Not Second Life, not WoW, not Star Citizen. Something to consider for Digital Education #mscedc

"One of the most important parts of a VR experience must always be socialization." @OrbusVR community building in VR! #mscedc

Second Life's third life… Linden Labs back for another bite of the pie https://t.co/SkkpnO9WGs … #mscedc

@dabjacksonyang Kozinets' matrix talks about more than "makers" in a community. Is it just the creative categorisation drawing ire? #mscedc

@dabjacksonyang Too simplistic? Not reliable? I suggest that the patterns appear too broad for a short-lived, small MOOC community. #mscedc

Saturday morning, Scotland, out in the rain… "no where I'd rather be than making this video summary for you now" @james858499 😀 #mscedc

The AI designer’s name is “Molly”. I wonder if she’d get on with Alexa https://t.co/pGC3OukIKi. #mscedc http://pic.twitter.com/J3CoFgxlkG