This blog details my learning journey for the Education and Digital Cultures module 2017, as part of the Digital Education MSc at the University of Edinburgh. As the final assignment for the module I am going to put this open learning journey on trial* to examine the benefits and drawbacks of being open. The link has been submitted officially via the institution VLE and I am turning it over to you, the open community for critique and comment. In some ways I am putting ‘community’ on trial as much as ‘open’.

This assignment was inspired by OER17 The Politics of Open. Despite being unable to attend the conference I read all of the blogs posts arising from and found it really resonated with me being able to look through the lens of an open learner, rather than previously through the lens of a ‘frustrated’ open practitioner.

I have presented my case with supporting evidence, witness contributions and expert opinions. Considering all of this I have made a verdict and am now opening it for comments. Therefore, your comments:

WILL NOT affect my judgement that was submitted for assignment purposes

MIGHT affect the final mark or the feedback from my tutors, that decision is entirely theirs

WILL potentially have greatest impact on my future professional practice as an educational technologist and may even open new conversations/connections.

Of course, the absence of any engagement with the assignment will in itself be evidence in the trial of open learning.

Before going to the trial I want to provide a short background to provide context. I primarily chose this module to push me outside my comfort zone. The three blocks of Cyberculture, Community Culture and Algorithmic Culture were each structured around readings and group/individual tasks and the majority of the content was totally new to me. However, the bulk of the content and learning was to be built entirely by each of us in a personal blog area. This content was ‘fed’ into our blog daily via IFTTT. All information about the module is available openly on the website, including the handbook, assessment details, tutors and links to each student blog.

* Disclaimer: any errors surrounding the courtroom metaphor are entirely mine and poetic licence abounds

My Education and Digital Cultures journey was certainly a rollercoaster ride, blending the new such as IFTTT with prior experiences such as MOOCs. Each of the three blocks presented content challenges alongside practical ones, and many times cognitive dissonance was at the fore, pushing and pulling my actions and beliefs against theory.

It all culminated in the final weeks with a focus on theories and critical approaches to educational technology (Plant, Haraway, Bayne, Gardner, Watters). Many of my stream elements lauded technological achievements yet balanced by calls of caution such as this from Neil Selwyn (2016):

“First and foremost, we need to recognize that all these claims of ‘fixing’, ‘disrupting’ and ‘game changing’ are being made for a reason. These are not value-free extrapolations of neutral technological innovation.”

Finding content to feed into my Lifestream was straightforward (but too little?) and using Twitter was by far the most seamless method. It afforded the ability to add metadata on the fly, the space where I felt most connected to peers and resulted in interactions from an external audience. However, I continued adding different types of feeds into my stream to increase variety. Some of these were new to me and I will continue to use in the future, such as Pocket.

Another element of my stream that I enjoyed immensely was creativity. I have coloured in, made videos, created sketch notes, visualised networks with toys and software, curated images and employed music.

Adding metadata was one of the push-pulls for me. Feeding the Lifestream continuously, and reflecting at the end of the week in my summary came naturally. However, after my mid-way feedback, I tried to change this to a continuous reflection with shorter summaries, which hopefully shows in my stream.

The integration of IFTTT with my installation of WordPress was not a happy fit. Frustration abounded with embed problems as time was lost attempting to find solutions. Eventually, I resorted to manual intervention which, despite eating into reflection time, ensured the visual elements and hyperlinks worked.

Keeping up with other blogs proved difficult as feeding my own, reflecting, reading and creating my artefacts took significant time. I tried to comment on as many posts as possible but setting up separate RSS feeds for each person was time consuming, with many IFTTT recipe failures. However, replying on Twitter was an instant solution which also afforded conversation better than blog comments.

The end of the road?

Overall, the experience has been fun, tiring, challenging and ultimately very rewarding. As my feed developed, my learning through a multitude of modes, together with the realisation that the journey is actually only beginning – I want to delve more into critical pedagogy theory and also ethnography as a research method. Throughout, my common threads have been the human, connections and critical approaches. With that in mind I’ll say farewell to my stream with words from Paulo Freire (1994):

“One of the tasks of the progressive educator, through a serious, correct political analysis, is to unveil opportunities for hope, no matter what the obstacles may be.”

This is the last of my coloured in pictures from my Brain Colouring Book from the INMED conference. It perfectly summed up both my journey and the overarching theme of the human within the technical that spanned my blog.

The merging of human and machine and being ahead of your time – two book reviews #mscedc https://t.co/ntbM9S6MWa

@helenwalker7 Also felt it was the space where the 'class' was day to day, other spaces felt more disconnected/alone #mscedc

Dr Macleod recommended Zeros + Ones in my Understanding Learners in Online Environments and I thought it sounded perfect for this course. I went to the library early on the way in to work, found it quickly and went through the self check out. Upon trying to exit I set off the alarms and security told me I had to go back in. Checking my phone I had a confirmation email confirming the book was now checked out to me. So I could neither leave with the book nor leave the book behind, and risk getting fined in a month’s time. I returned to the self service machine and it cheerfully told me to report to the desk, which being early was still closed. Trapped!

It was then a matter of waiting inside for the librarians to arrive. As it turned out it took quite a few attempts on their part and several different machines to ‘unsecure’ it and set me free.

All in all a very timely experience demonstrating the need for human intervention in a machine driven world. Librarian superhero!

We have discussed, shared and debated the pros and cons of all things digital in today’s world but over the last week technology has allowed me to connect with someone that I had no physical access to. This link, simultaneously fragile and strong, was nothing short of miraculous at the centre of an extremely difficult time. 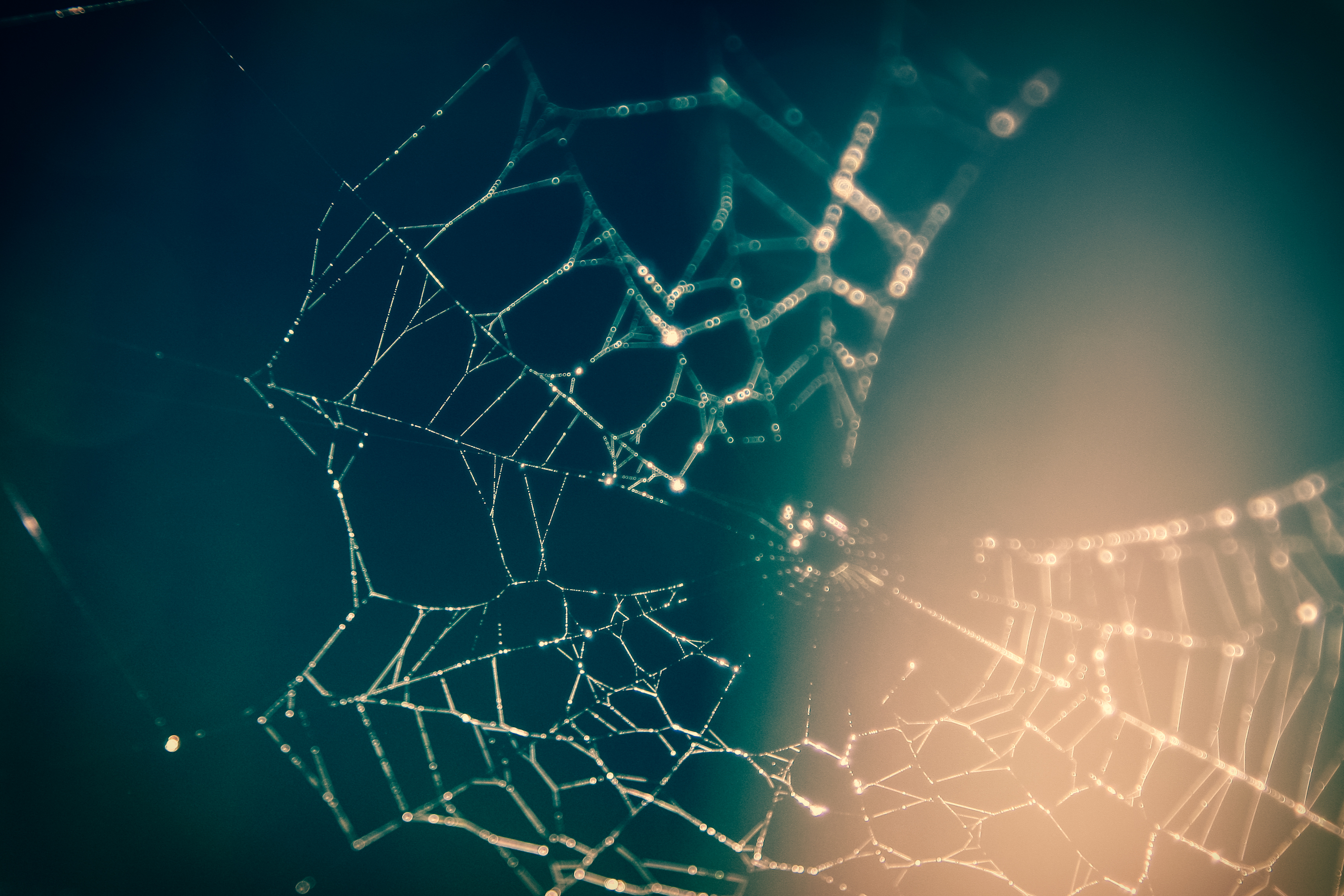 As I worked through my blog in readiness for submission I noticed a comment from Jeremy regarding adding my own handwritten notes and remembered that I had made notes throughout the Petar Jandric webinar. So this a link to the image file of those.

Working on a campus means having ready access to books both to buy and for loan. I succumbed to this purchase after the Digital Education webinar on Critical Pedagogy.

This video featured in Sian’s talk from last week in my stream and I wanted to embed it separately as inspiration both for criticality but for creating a digital video artefact. I also added the first iteration in the post before to compare and contrast how things had developed over the intervening years.

A really great bunch of Edtech women have done a lot of work  with very little visibility from which femedtech is emerging – slowly. We have created connections with each other and explored how we can make space for people in education and technology to support each other.

from Pocket http://ift.tt/2ov4ELd
via IFTTT

from Pocket http://ift.tt/2nOhKzY
via IFTTT

This blog post by Audrey Watters caught my eye after seeing her Edinburgh talk and it really brought home just how serious people are beginning to take having their data out on the open web. The reason for the deletion activity given by Audrey is:

I am growing increasingly uncomfortable about the way in which our historical data is weaponized online. Tweets are particularly susceptible to this – they’re particularly easy to decontextualize.

This is a perfect example of the necessity of context and made me wonder how all of the items in my Lifestream would look in isolation.

Petar will introduce the tradition of critical pedagogy through three generations, starting with the work of Freire, then writers such as Giroux and McLaren, and finally considering the latest generation of contemporary authors.

from Pocket http://ift.tt/2nvjs7K
via IFTTT

This was a slightly strange week as I initially was thinking about finalising my Lifestream and chatting with others about reflecting and ideas around artefacts.

The Brainpickings article on Dewey and reflection not only served me well for this course but also seemed perfect reading for Understanding Learners in an Online Environment. Strangely, it was only after the formal teaching period was over that I began to increase the level of leeching knowledge, information and thinking from one to the other. It also resulted in an enjoyable international conversation about whiskey and coffee!

Then I turned more to the final assignment both with regards the delivery method and the critical perspectives. Therefore, I returned to Sian Bayne’s talk, given last November at Dublin City University, which I had actually attended in person.

Then I came across a Gardner Campbell interview, the title ‘Educating the Whole Person’ jumped out at me. This tied together many of my threads around learning analytics and personalised learning.

Going a bit further, the article with the tagline ‘Edtech caught in industrial capitalism’s narrative’ by Benjamin Doxtdator again seemed timely to my end assignment. Pushing me to consider technology in the widest sense. A theme further highlighted during Audrey Watters talk on ‘Automating Education and Teaching Machines’. This talk was wonderful as always from Audrey, not least as it is based on a metaphor, which never fails to draw me in.

This week also was a difficult one personally so overall I felt I wasn’t able to engage with my stream but it was still ever present in my mind.

One of the most common tropes in Edtech portrays teachers as fearful of technology and out of touch with the new 21st Century reality. When educators have concerns about technology, they are are dismissed as being “primarily emotional, not logical.”

from Pocket http://ift.tt/2nqaV96
via IFTTT

This work is licensed under a Creative Commons Attribution 4.0 International License.