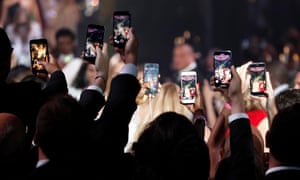 Around 2012, something started going wrong in the lives of teens. In just the five years between 2010 and 2015, the number of US teens who felt useless and joyless – classic symptoms of depression – surged 33% in large national surveys. Teen suicide attempts increased 23%. –>> via Pocket https://ift.tt/2IG4uLA