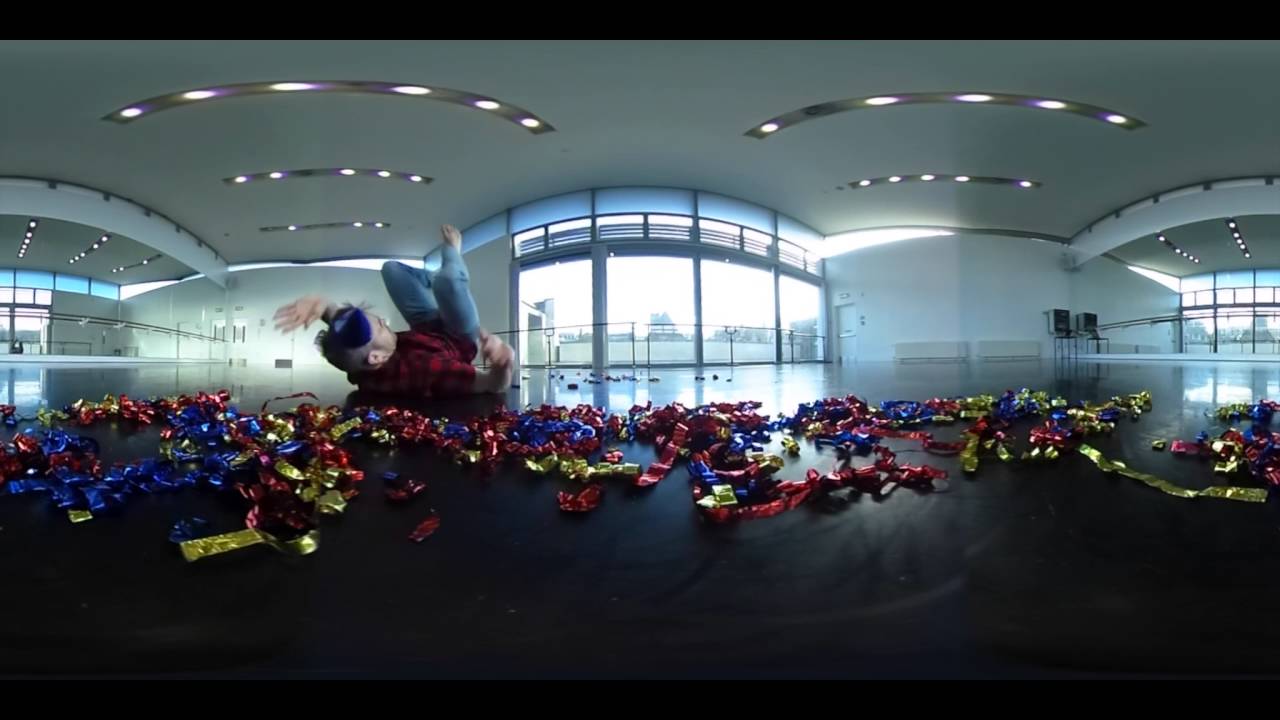 Oh, look what popped up in my YouTube video recommendations…..Algorithms are at play due to my 360 degree video search last week. If you missed it last week, go on try it out, it’s your TURN to give it a WHIRL. The experience is a whole lot more interactive on your smartphone! Algorithms may limit cultural experiences and social connections (Beer, 2016) but it can also bring little gems to us. Big Data and the work of algorithms is subjective as is all forms of individual and social conditioning. It may affect our behaviour but that comes from an analysis of our behaviour patterns. Boyd & Crawford (2012) insist that we should ask which systems are driving these practices and which are regulating them!
References:
Beer, D. (2016). The social power of algorithms. Information, Communication & Society, 20(1), 1-13. DOI: 10.1080/1369118x.2016.1216147
Boyd, Danah, & Crawford, K. (2012). CRITICAL QUESTIONS FOR THE BIG DATA. Information, Communication & society, 15(5), 662-679. DOI: 10.1080/1369118x.2012.678878
Liked on YouTube: Experience the Shakespeare Shuffle in 360 https://youtu.be/GM8hscEqD3M Above is a few screenshots of my Fabletics account after they combined my frequently searched, size and favourite styles purchased into a personalised swimwear collection. Now, I am an individual that lives in active wear and I purchase alot online, BUT I feel that they may have missed out on the algorithm that informs them that I live in Scotland. In Scotland, beachwear consists of wellies and a Canada Goose jacket!!
from Flickr http://flic.kr/p/SdMyQs
via IFTTT 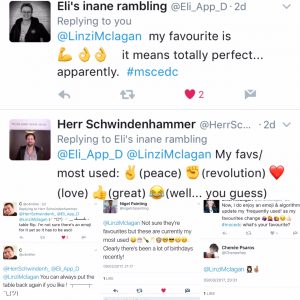 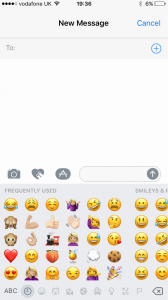 Now, I do enjoy an emoji & algorithms update my 'frequently used' as my favourites change 🤷🏼‍♀️💁🙋☺️👍🏻#mscedc what's your favourite?

I am an expressive person and there are times where words over social media or technology driven text just do not give a conversation justice because of the lack of social cues (Kozinets, 2010). I am a frequent  emoticon user, sometimes I reply with a simple emoticon to demonstrate my reaction than provide any text at all which my peer Eli pointed out. I like to explore the new emoticons whenever there is an update but algorithms influence my use of  emoticons due to the frequently used selection appearing first, so, I get stuck in a rut. I usually pick the ones that pop up through convenience but it means that I am forever using the same  emoticons. Over the week, I varied my activity and caused havoc on my frequently used! I even sent a shout out to my other #mscedc peers. The predication of the algorithm means that I am limiting my social expression by repeating and displaying the same emoticons over and over again. The algorithm arrowing down and closing off choice limits my experience (Beer,2016). Could the external influence of the emoticons affect my actual emotions or how I project them???

After feedback from my tutor, I realise that I made up the word ’emojicon’ and it is in fact EMOTICON!!

Now, I do enjoy an emoji & algorithms update my 'frequently used' as my favourites change 🤷🏼‍♀️💁🙋☺️👍🏻#mscedc what's your favourite?

Looking into algorithms got me thinking that there are algorithms everywhere, even when we look at completing the rubik cube. I went to my word salad app and typed in ‘algorithm’ and waited for the internet search to create a visual collage involving the most frequently used words in relation to the word searched. As a Dance Educationalist I do not get the luxury of wearing smart dresses or outfits to work. Majority of my work week is spent in active wear which is carried on to my gym sessions and extra curricular activities with my daughter, dog and the horses. I am therefore, FOREVER in active wear. I enjoy clothes so I like to shop online (I mean whoever has the time these days to go shopping in person?) for smart outfits despite the informal appearance. Fabletics is a website I’ve used for a while and it conveniently caters to my taste, size and lifestyle. The first thing I was required to complete was a ‘pop quiz’ where I answered numerous questions on my activity, my shape, size and my colour and style preference. Each month I am sent e-mails and updates of co-ordinated outfits and personal recommendations. At first, I thought this was wonderful and I felt as if I had an online personal shopper. As it continues my bank balance suffers and I have more capri pants to open my own store! Algorithms is not just for the client, it is definitely for the convenience of the company. I now have no need to buy any active wear for a few years. The algorithms at play managed to alter choice by sorting, ranking and creating outfits that I could order. Why buy a top when you can but an outfit? The algorithm has the decision on what should be visible to me when I open my account or they take it a step further and send an e-mail. They create ‘truths’ around my choice, taste and lifestyle (Beer, 2016). If I’ve bought it then you bet I am wearing it to get my moneys worth!!