The National Cyber Security Centre in London opens on Tuesday, aimed at protecting the UK against cyber attacks. Technical Director Dr Ian Levy demonstrated how smart devices – and even toys – could be a security threat in your home. My child could not sleep for months after a story went around the school about an app that spied on little children. We had to get a dog after a year of sleepless night. It is great that we have social media to warn us about specific threats but it is a nightmare when taken out of context. Luckily, I now have a guard dog that has a bark that will scare anyone off but lets my daughter sleep through the night. from Pocket http://ift.tt/2mSVHLl
via IFTTT

How We Think: John Dewey on the Art of Reflection and Fruitful Curiosity in an Age of Instant Opinions and Information Overload

Decades before Carl Sagan published his now-legendary Baloney Detection Kit for critical thinking, the great philosopher, psychologist, and education reformer John Dewey penned the definitive treatise on the subject — a subject all the more urgently relevant today, in our age of snap judgments

I found this nugget of gold from my EDC peer Clare!

from Pocket http://ift.tt/1KYwyCP
via IFTTT “We came into our algorithm planning meeting not really having any ideas and unsure of where to start. For about a half hour, we bounced ideas around but couldn’t decide how to execute anything. Then, one of our group members mentioned the idea of doing a dance.”

I LOVE this idea and it particularly resonates with Kozinets (2010) description of the interaction between technology and culture as a complex dance alongside Williamsons (2014) description that software is code and that it is fundamentally performative. Could dance algorithms create new ways to teach online?

“Philippe Pasquier, a professor in artificial intelligence and a researcher at Simon Fraser University, is merging art and science to create systems that can understand and produce human-quality movement.”

Here Pasquier is using a resource called  XSEDE, which can train some of most complex movements within 24 hours.

Creative tasks, particularly movement, is complex and information and code can be hard to produce manually as well as difficult to interpret. Human expression needs to look authentic for the machine to replicate a human like product. The body and mind move simultaneously resulting in an overwhelming amount of muscles, bones, tissue, hair and fibres moving at the same time.

As the article highlights, dancers have an individualised style of movement. The platform iDanceForm provides software that can help many choreographers create and explore movement when there are facing space and financial limitations and have a lack of dancers. If we were to create teaching resources could we use algorithms to produce sequences online for our online students to replicate or would we need the high tech systems like this article. The thought of a computer turning movement into data seems possible but can we create data and algorithms that will transpire into online movement for learners to decode and interpret?

Although dated in 2014, this article reflects the change in the use of Twitter from a reverse-chronological timeline for Tweets to an algorithmically organised one. It covers the pros and cons of the old Twitter feed and that the exposure helped distribute particular news feeds as and when it happened compared to the Facebook posts which followed an algorithmic nature. Does the personalisation of algorithms keep us within our bubble and around like minded communities, such as the ‘you loop’? Is it not best to challenge and expand our understanding by socialising and interacting with communities from different backgrounds and perspectives? Can we continue to learn and grow as humans if we surround ourselves with the same information or communities? As the saying goes “if you always do what you have always done, you will always get what you have always got.”
References:
Beer, D. (2016). The social power of algorithms. Information, Communication & Society, 20(1), 1-13. DOI: 10.1080/1369118x.2016.1216147 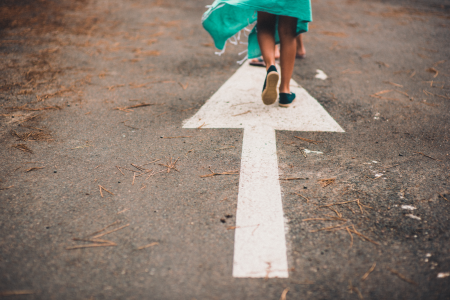 This blog was brought to my attention by Renée and I thank her for the inspirational link. “Digital embodiment”  is the intentional work of addressing, reflecting on, and reconfiguring digital bodies.. via Pocket http://ift.tt/1Ib6qAZ