I’m reading around algorithms for my digital essay, though the topic will include Plagiarism Detection or similar. I’m also reading over MSCEDC blogs. It’s a great experience. I found this post on Eli’s blog post about Algorithms to be very thought provoking. I wonder if students realise that their work submitted to turnitin is available almost in perpetuity, long after they, and probably their lecturer’s, have left academia…..

[spoiler alert] If we combine algorithmic culture and cyberculture, we translate our own atoms in to light particles capable of faster than light travel. The singularity where machine learning happens so fast it is no longer possible to measure it… thanks to Matthew via Eli for that entertaining thought!

Don’t talk in front of robots? 5-min drama from @guardian, worth a watch: https://t.co/P3tw4dgUYz Probing re. ethics, us & the end. #mscedc

@Eli_App_D Far more sinister… imagine if your productivity at work was measured in keystrokes…. #mscedc

#mscedc got to love that all encompassing "at-risk" students. Still though, will be interesting to hear how technology will be our saviour. https://t.co/OMYixgUNRG

Hipster algorithm? I wasn’t explicitly looking for Ghost in the Shell soundtrack, but the algorithm picked up on “trends” and presented it anyway. As it happened, it was also just the type of music I was looking for!

Hoo-hah &holywood Ghost in the Machine, What would Gplay search algorithm suggest to accompany #mscedc this evening https://t.co/3EsxLPZXeR 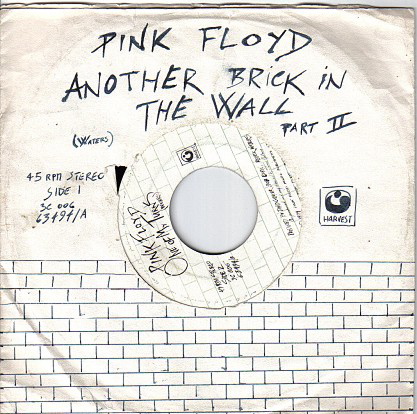 Looking back over my blog, Nigel and I had an idea that the anthemic Pink Floyd Song “another brick in the wall part 2” might have relevance to the First Block of Education and Digital Cultures.

On review, I think it probably has more to say about Block 3. Not that I’m trying to shoe-horn this song in to my life stream, but I did grow up with Floyd.

If the metaphor is changed from thinking about student rebelion, to governmental control, as suggested in the blog post by Walter Benjamin it is much easier to look at the issues surrounding algorithms in education. Particularly with relevance to any perception of “loss” of teaching as a human-only skill, in favour of the AI, Microlearning, and adaptive pathways for students.

The sausage machine metaphor could readily sit with xMOOCs too.

https://t.co/kYWFgkyb9r are we simulation? Time for Dwarf Fortress. I'd not like to actually live in that simulation though. #mscedc #df

Starbird sighed. “I used to be a techno-utopian. Now I can’t believe that I’m sitting here talking to you about all this.”

The depressing reality that people are people no matter what tools they use to express their humanity.

UW professor: The information war is real, and we’re losing it https://t.co/CTygCI5zTs via @seattletimes. #mscedc

AI and algortithms to enhance your computer games skill? how soon until they use this for Distance Learning #mscedc https://t.co/AHN8vJeao1

This April Fools from NVidia was very well done. It would be no surprise to hear that it pulled some people in. The thought that machines can play your game for (or against) you is nothing new. “Bots” have been in existence for years that would do just that, either as opponents in your game or even autoscripts to take on the more mundane tasks in video games or just play for you entirely. But this video suggests something very much more appealing. “Deep learning algorithms” which will even “talk or emote” on your behalf! It’s like you never left your seat… I wonder if NVIDIA will ever release the numbers of sign-ups they captured on that page…

How do we resist? We care for people, care for minds. Think about human relationships. Ethics of care. #audreywatters #mscedc #deresearch

Algorithms are more opaque than current systems. They obscure the ultimate authority of the "driverless university" #mscedc #deresearch

"You no longer need a teaching degree or had any training to be a trainer in the state of Utah." #mscedc #deresearch #deprofessionalisation pic.twitter.com/RX7F6IfKvP

How do we model the unexpected for algorithms and AI? Is there any option but to combine man and machine? #deresearch #mscedc

MOOCS as honey pots but not there yet for AI. Meanwhile they are collecting mapping data of our learning #mscedc https://t.co/CLVlZhpd8Q

Week 10, and my final weekly round-up post, chronologically at least. I’m still missing at least one somewhere back a few weeks which I’ll take time to pick up along with the general tidying up of my lifestream blog that will take place in the next couple of weeks.

I’ve added a new category of posts this week entitled “Algorithmic Culture and Turnitin“. I had intended to use these to record my activity toward my digital essay, but as I pause to reflect over the task at hand in preparation of this blog for submission, I’m not sure if that’s actually advisable. I may have to pick up my own blog somewhere else to continue with this.

This week was also one of the busiest periods of the year at my work, with the Multilingual Debate 2017 happening on-campus (Heriot-Watt University) and streamed online. The afternoon debate was around the subject of robots, so there was plenty of discussion coming up that I saw as relevant to the #MSCEDC which I combined with #MLD2017 (the event hashtag).

This was also the week of the final Hangouts session, for which I managed to use a chroma key filter to create a backdrop of a selection of images I used for my Block 1 Artefact. This went down well, but the novelty did not detract from an excellent discussion with the class, though it may have etched a resilient memory in the minds of some. I thoroughly enjoyed this session, and took a lot of notes that will be most useful in my Digital Essay.

This was also the week to reflect on the analysis conducted on the tweetorial. My official response is written, as requested. I also put together some thoughts to help me get started writing using video.

p.s. The idea of an EDC playlist still entices.

END_OF_DOCUMENT_TOKEN_TO_BE_REPLACED 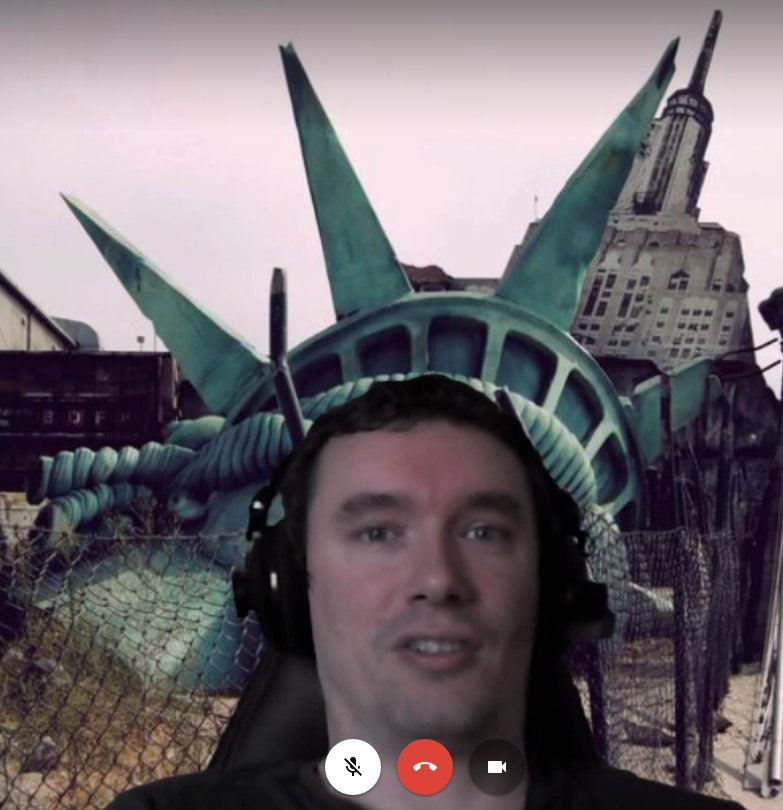