[…] Adventuring through classmates’ blogs this week also gave me a couple of smiles, Claire and I have a TV show in common and Renee found a brilliant infographic which I stole. I also enjoyed some recommended readings this week which tied into an article I shared from my pocket. […]

from Comments for Eli’s EDC blog http://ift.tt/2nKEoc5
via IFTTT

An admirable attempt to get some choral explanations going – sorry to hear it didn’t gain the traction you’d hoped.
Have you ever worked with a federated wiki? I wanted to get one going last year for my students (I teach EAP), but my peers seemed responded a little like I was speaking in tongues (you want to .. what a post? ‘Fork’?) and I couldn’t gain institutional support to host individual wikis for students to federate.In the end.. well, life and new projects.
An easier approach to writing together seems to be annotating together – for example, using hypothesis.is, not quite the same though, I realise.. Good on you for giving collaboration a shot.
Renée

from Comments for Daniel’s EDC blog http://ift.tt/2nsa34I
via IFTTT

This week the focus on algorithms turned more specifically to learning analytics (LA), with a video lecture by Ben Williamson (2014), and George Siemens’ (2013) paper on the emergence of LA as a discipline. In my own explorations, the focus has been more on how analytics might be used to improve learning, and obstacles to this, including the potential subversion of analytics by competing organisations. For the opportunities to improve learning, I wrote in response to Lockyer, Heathcote and Dawson‘s proposal for a check-points and processes framework to evaluate learning design,  Durall & Gros‘ (2014) suggestion that LA could be used by students as a metacognitive tool to underpin self-directed and self-regulated learning and Wintrup‘s assertion that LA could be used by teachers and students to work on the process of learning (2017). Wintrup’s paper also contributed significantly to the development of my understanding of the risks of using LA to “improve” student engagement and learning, alerting me to a lack of alignment between the way ‘student engagement’ is used within LA and the way it is used in established research (Koh, 2001, for example). Wintrup also writes about how our ability to measure specific data points can result in these points being viewed as significant within assumptions about quality, and resultantly shaping learning in potentially unwelcome ways. This notion of analytics producing worlds rather than just reporting on them (Knox, 2015; Kitchin & Dodge, 2011) was also taken up in discussion of an article on the potential for AI to be used by authoritarian regimes, and in reference to IBM’s visions of cradle to career tracking.

The impact of how – and by whom – analytics are applied was a recurring theme within most posts this week. It also appeared in the Tweetorial – to which many of my lifestream posts this week relate. These will be unpacked more fully in week 10, but the main concerns expressed within discussions I took part in related to ownership of data, the intrusion of corporate motives into learning, value-laden assumptions implicit in LA, and the partial nature of the picture that LA offers about learning and student engagement. 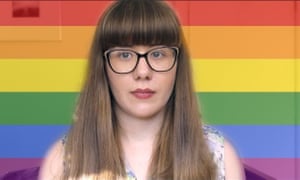 YouTube has responded to accusations of discrimination from high-profile members of its LGBT community, who have reported their videos being hidden by the platform.

Another reminder that algorithms are driven by human decisions about how to categorise content, similar to the 2009 removal of all books with gay and lesbian themes from Amazon’s ranking lists. In this case, the biases of those managing the algorithms seem to be being used to reinforce existing prejudice, or as Ellis puts it, to reinforce the sexualisation of gay and trans people and the rhetoric of sexual perversion that they are subjected to. One has to ask, in whose interests?